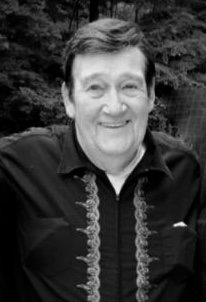 The concert will also feature very special guest Slam Allen, combining two of Sullivan County’s most beloved performers on the stage of the stunning art-deco Rivoli Theater. Little Sparrow will host the event, along with guest guitarist extraordinaire Van Manakas.

Mickey Barnett has spent a lifetime performing in the great hotels and theaters of the Catskills. He now lives in Bethel, and is well known for performing the rockabilly tunes of Roy Orbison, Jerry Lee Lewis, Johnny Cash, Elvis Presley and Carl Perkins, as well as many of the old classic country tunes of the ‘60s and ‘70s.

Barnett has received awards from numerous music industry organizations, including Male Vocalist of the Year and Entertainer of the Year. He recorded the song “Keep Your Cotton Pickin’ Hands off My Gin” in Nashville with a 32-piece orchestra. While working with Pickwick International Records, Mickey appeared on 15 albums, and as a result, was invited to record several exclusive demos for Elvis Presley.

Slam Allen is from Monticello, and his music is a soulful blend of R&B, blues, and old time rock-and-roll. He has toured the world, recorded multiple CDs, and worked with some of the industry’s most notable players. You can visit his website at www.slamallen.com.

The Rivoli Theatre was originally opened in 1923 as a vaudeville theater, then in 1937 it was expanded to show silent films. It became quite successful during the Catskill entertainment heydays, and the Rosenshein family, who owned the theater, made numerous renovations, including 300 additional seats, and a stage for presenting various other types of entertainment.

Due to the struggling local economy, in 1997, the theater went dark. A year later, the Sullivan County Dramatic Workshop purchased the theater. The Dramatic Workshop is the County’s longest standing community theater group, and they have worked tirelessly to preserve the Rivoli, while all along producing plays and other events at the venue. In 2001, the Rivoli Theater was added to the National Register of Historic Places.

The concert is free, but donations are welcome. This project is made possible in part with funding from a Sullivan County arts & Heritage Grant funded by the Sullivan County Legislature and administered by the Delaware Valley Arts Alliance.

The Sullivan County Museum is located at 265 Main Street, Hurleyville. Call 845-434-8044 for more info, or visit the website at www.scnyhistory.org.