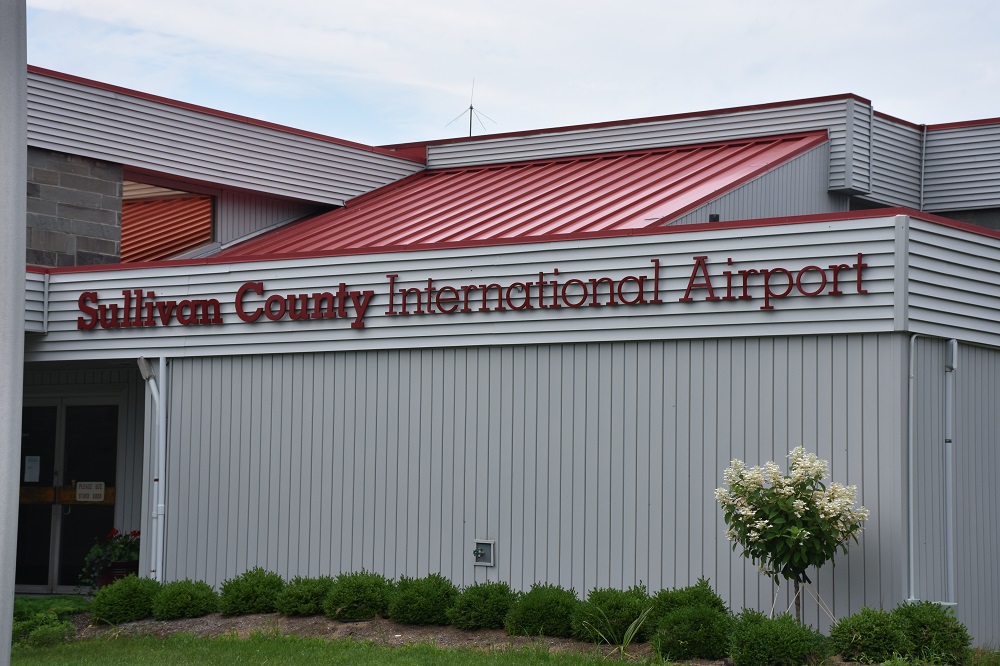 White Lake, NY – Sullivan County just inked a $365,000 agreement with a development firm to construct the largest hangar yet built at the Sullivan County International Airport near White Lake.

District 7 Legislator Joe Perrello, who chairs the Legislature’s Public Works Committee, made the initial contact with the interested developer and led the effort to strike a deal with long-lasting impacts.

“This deal finally delivers on years of promises to make our Airport a hub of economic development, and it positions us to attract more such development in the future,” says Perrello. “Especially now, when COVID-19 has hit us so hard, we have to be tightly focused on bringing in badly needed revenue, and this lease does that. I thank my fellow legislators for their support and for sharing my vision for an Airport that we can be proud of.”

The agreement allows Sullivan County International Airport Partners Ltd., a New Windsor-based real estate developer, to build a two-story, 18,000-square-foot airplane hangar on vacant land near the Airport’s terminal building, in exchange for a land lease of $9,000 a year, rising 2% annually thereafter for a total of 30 years. The company will also pay $550 a month in maintenance fees and has the option to build two more hangars – one 40,000 square feet, the other 50,000 – if this venture proves successful.

The initial hangar’s construction will employ 12-18 full-time workers, with operations commencing with 7 permanent employees, rising to as many as 32 in the first year, according to Jon Mende, CEO of Skyways, the operator who will lease the building from the developer when complete. Skyways operates aviation service bases out of airports in Morristown, NJ, Huron, SD, and Van Nuys, CA.

“We’re planning on building a world-class hangar complex and jet maintenance facility in Sullivan County,” affirms Mende, who envisions the company’s headquarters relocating here. “It’s a great location, close to New York City, with amenities like the casino and waterpark close by.”

“Skyways will provide aircraft sales, maintenance, and hangar storage, with room for up to 4 jet aircraft in the initial hangar, which means we’ll collect further income from fuel purchases and landing fees,” says Legislature Chairman Rob Doherty. “The business will also create new jobs, not counting construction. I see this as a turning point for the Airport, eventually transitioning it to a long-sought hub of commercial activity.”

“I want to thank the Town of Bethel and Supervisor Dan Sturm for his assistance in getting this deal done.”