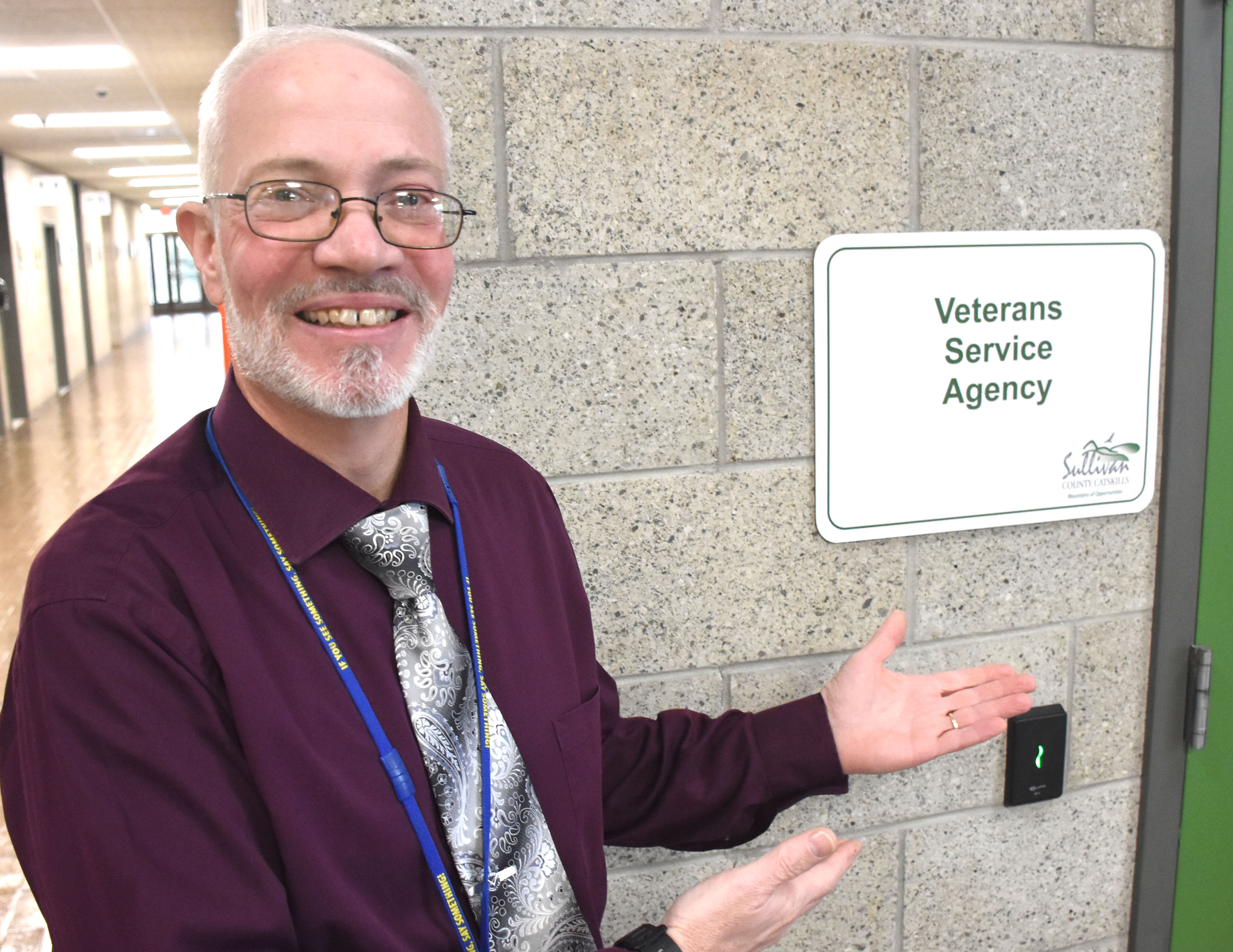 “Steve is highly experienced and credentialled in the veterans community,” notes Community Resources Commissioner Laura Quigley, whose division oversees the VSA. “He knows what needs to be accomplished on both the individual and office level, and his team’s deep familiarity with the Veterans Administration (VA) gives him the ability the navigate a very complex system.”

Walsh takes the VSA’s reins in the wake of former Director John Crotty’s retirement. He has worked as a Veterans Service Officer with the VSA since 2013, assisting veterans and their families in finding the information, compensation and health benefits to which they are entitled.

“I love coming here every morning,” he affirms. “I get to help people as I was helped in this office.”

During his time with the U.S. Air Force (1984-1993), Walsh served as a propulsion specialist, flew F-16 fighter jets in training, and supported combat operations during the USS Stark incident in 1987 in the Persian Gulf. He suffered a serious and disabling injury but kept being denied VA benefits for many years, ultimately putting both his health and home in jeopardy.

“Thanks to John Crotty and this office, I discovered I was due thousands of dollars from the VA,” he recalls. “If it weren’t for John, my service-connected claims would still be winding through the system.”

As a result, Walsh was inspired to provide the same sort of service to his fellow Sullivan County residents.

“I use my life experiences every day to help the veterans and their families who come through our doors,” he states.

Those doors are now on the other side of the Government Center’s lobby in Monticello, as the VSA just moved to more spacious and accessible quarters. Walsh currently oversees two veterans service officers and an administrative assistant.

“I love the people I work with,” he acknowledges. “I’ve never felt more welcome in my life!”

A native of Astoria, Queens, Walsh and his family moved to Liberty when he was 12 years old. After graduating Liberty High School, he joined the Air Force, becoming proficient in propulsion technologies, including nuclear.

He returned home in the ‘90s to open up a machine shop, earning a good living and eventually becoming the go-to source for machined parts for car dealerships, mechanics and farmers around the region. He semi-retired after 35 successful years.

“I still cut flywheels and help out local businesses seven days he week,” he nods. “If I’m not at my desk in Monticello, I’m standing at a machine in Liberty. I have the world’s coolest backyard – a 5,000-square foot warehouse and workshop!”

His wife of 20 years, April, persuaded him to take a less physically intense job, which is how he came to be with the VSA. The couple have a 14-year-old son, Antonio, who attends Tri-Valley High School.

Walsh often can be seen walking around the Government Center with his service dog, Ringo, obtained through Action Toward Independence. Ringo keeps track of Walsh’s health conditions and knows how to respond should an emergency develop. Most of the time, however, the duo greets delighted passersby.

Meanwhile, the VSA office is busier than ever, helping over 5,000 local vets a year and connecting more than 20,000 veterans and their family members to needed services and benefits.

“We serve them literally from birth to burial,” proudly affirms Walsh, who has plans to modernize the office and make it more efficient.

“I promised myself that if I ever rose to a position of authority here, I’d make positive changes,” he explains. “This has been a homecoming in so many different respects for me.”