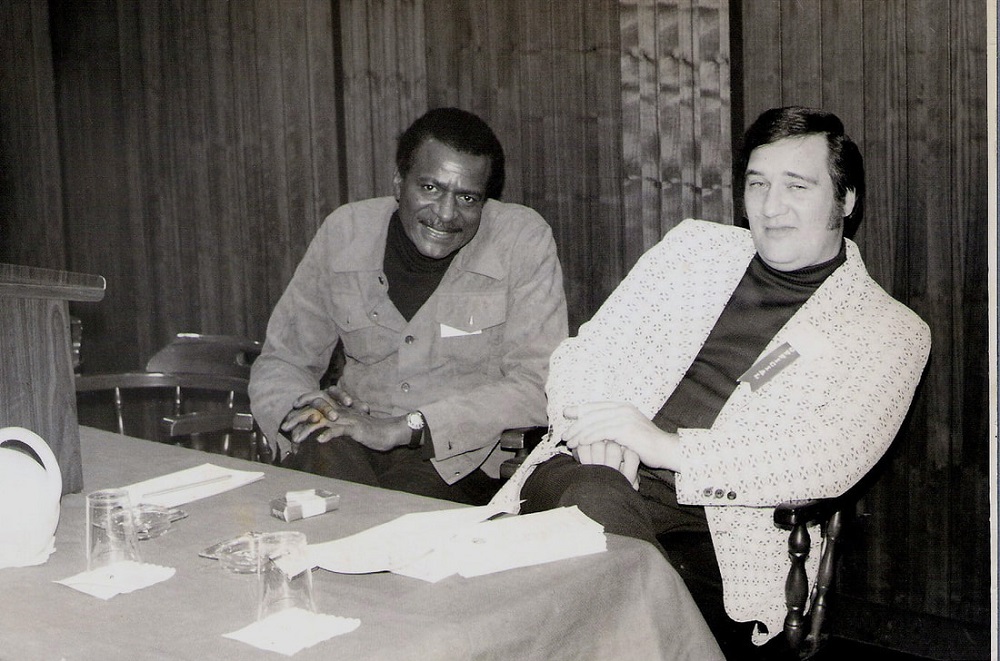 Ed Townsend and Mickey Barnett, circa 1970

Hurleyville, NY – Several years ago, local singer Mickey Barnett told an incredible story to folks from the Sullivan County Museum & Cultural Center about how one of America’s most famous and iconic soul songs came to be written in Bethel, New York.

That song, recorded in 1970 by Marvin Gaye, was “Let’s Get it On.” It became the biggest Motown hit of the time, selling over two million copies within the first six weeks of its release.

The story will be part of a February 11 concert by Mickey Barnett, performing classic renditions of the music of Roy Orbison, Jerry Lee Lewis, Johnny Cash, Elvis Presley, Carl Perkins and others. Following his performance, Mickey will share how songwriter Ed Townsend wrote “Let’s Get it On” at Mickey’s “Little Giant” recording studio in Bethel.

Along with the 2 p.m. concert that day and in celebration of Black History Month, the Frederick Cook Society will present an exhibition highlighting the accomplishments of two of the greatest black explorers in America’s history: Matthew Henson and Barbara Hillary.

Henson (1866-1955) was the descendant of African American slaves. He traveled with Admiral Robert Peary as a member of an expedition to the North Pole in 1909. Henson’s dog-handling skills, fluent Inuit and all-round resourcefulness were key to the expedition’s success.

The following quotes, from Henson’s diary, offer insight into his extraordinary journey: “I have a steady job carpentering, also interpreting, barbering, tailoring, dog-training.” Of the Inuits, he wrote: “I have come to love these people … They are my friends and regard me as theirs.”

Henson grew up in Washington, DC and Baltimore, then was orphaned and left school at 12 to become a cabin boy. When he was 22, a chance encounter with naval engineer Robert Peary resulted in a lifelong working relationship, including 18 years of Arctic exploration.

Barbara Hillary (1931-2019) was an American nurse, publisher, adventurer, Arctic explorer, and inspirational speaker. Born in New York City, she attended the New School University, from which she earned bachelor's and master's degrees in gerontology.

In 2007 at the age of 75, Hillary became the first known black woman to reach the North Pole. She trekked to the South Pole in January 2011 at the age of 79, thus becoming the first African American woman on record to reach both poles. She was also a friend of the Frederick Cook Society and in 2009 came to Hurleyville and presented a talk about her arctic adventures.

This memorable afternoon will conclude with a 3 p.m. performance by Little Sparrow, featuring special guests Cecil Allan and Van Manakas.