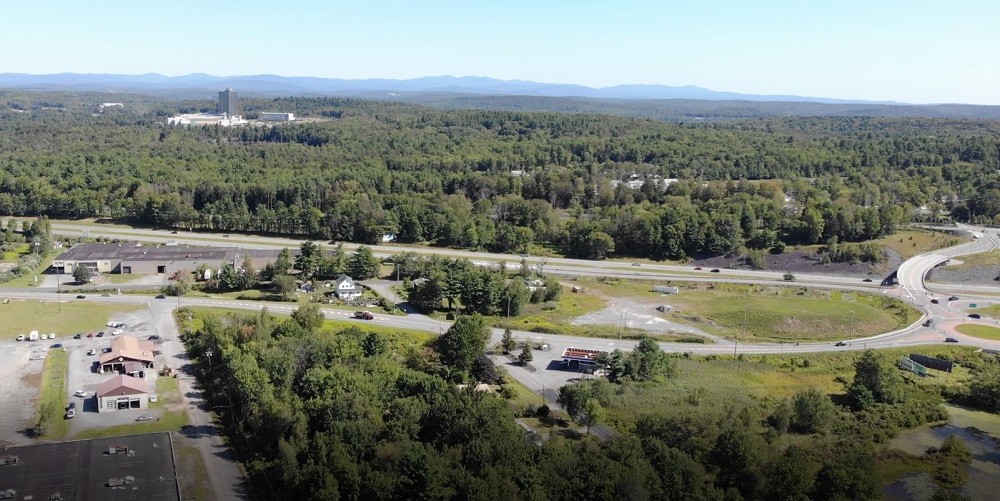 Monticello, NY - Village of Monticello, Town of Thompson and Sullivan County residents are invited to a virtual public meeting to demonstrate support for the Town and Village’s joint application to compete for a $10 million grant from New York State’s Downtown Revitalization Initiative (DRI).

After a hiatus in 2020, the DRI program is returning for a fifth round. This year, the Mid-Hudson Regional Economic Development Council (MHREDC) has $20 million to award to downtowns in the seven-county mid-Hudson region to help fund projects that will make them more vibrant places to live, work and play. It may award the whole amount to a single community, or it may make two $10 million grants. Previous competitions awarded $10 million grants to Middletown, Kingston, New Rochelle and Peekskill.

Another change to the program this year is that two municipalities with a contiguous downtown can apply together. Thompson is joining Monticello to apply for funding to improve the downtown corridor that encompasses all of Broadway – including East Broadway, where Route 17’s Exit 106 connects the downtown with the Resorts World complex, and West Broadway, where 170 new townhouse units are under construction.  This area was the focus of the joint Thompson-Monticello Grow the Gateways Strategic Economic Development Plan, which both communities adopted in 2018 as an addendum and update to their shared Comprehensive Plan.

Communities competing for the 2021 DRI are required to show public support for downtown projects, which is why the September 9th meeting is being held. Participants will learn about new housing, commercial and recreational projects now being built or planned in downtown Monticello.

“They will also be asked for their opinions on what is being proposed, and to provide their own ideas about what’s needed,” explained Sullivan County Planning Commissioner Freda Eisenberg. “A strong showing will help the application be more competitive.”

Bagelfest-goers in August had the opportunity to weigh in on what they would like a $10 million grant to address in the downtown. Nearly 200 stopped by a table where they were offered three pom-poms to place in jars representing Public Art, Housing Opportunities, Filling Vacant Storefronts, Fixing Downtown Parking Lots, and Recreational Opportunities.

“The DRI is very important, and I believe Monticello has a good chance of winning it due to the growth we’ve seen throughout all sectors,” noted Monticello Mayor George Nikolados. “This is a time when it could make a major impact in the village.”

“We’re excited to participate with the Village and the County. The focus is on the gateway entrance from the casino to the Village and rehabilitating the downtown business corridor, particularly adding parking,” affirmed Thompson Supervisor Bill Rieber. “Every dollar is worth people getting involved!”