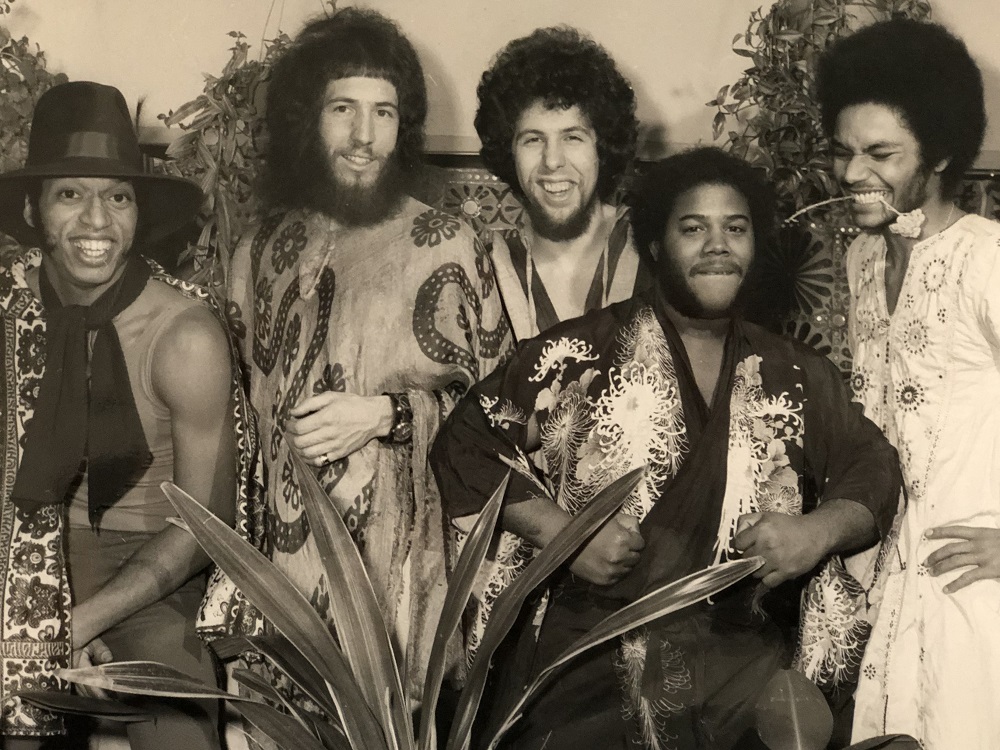 Cecil Allen (front), Perry Gips and members of the band “Junction” from the early 70’s

Cecil and Buddy Allen grew up in Alabama in the 1950s listening to every kind of music, from Wilson Pickett and Duke Ellington to Earl Scruggs and Doc Watson. The whole family was musical, and the church was a big part of their musical upbringing. They also remember listening to Rosa Parks and Martin Luther King take on racial segregation, as the civil rights movement gripped the nation.

Then, in the late 1950s the family moved to Monticello in search of better jobs and better lives. And they brought their musical instruments: Cecil’s “two-stringed” guitar, Buddy’s saxophone, and their other brother Harrison’s bass. Harrison, who passed in December of 2000, is the father of renowned Sullivan County blues guitarist Slam Allen.

Cecil served in Vietnam, but when he returned it wasn’t long before the family had a band that was performing all over the Catskills with everyone from Peg Leg Bates to Mickey Barnett.  They appeared at the Concord and the Raleigh hotels, as well as at many of the local summer camps.

One of the bands Cecil played with was called “Junction,” and it included Perry Gips, now well-known as the owner of Hurleyville business Party Master. Junction toured all over the country and once even opened for James Brown at a show in Canada.

These days, Cecil works with kids in the Monticello School District in a program called “My Brother’s Keeper,” a public-private partnership with the federal government that “promotes intervention by civic leaders in the lives of young men of color, to address their unique challenges and to promote racial justice.”

On Sunday, March 3 at 2 p.m. (snow date March 10) The Allen Brothers will share some of their history as well as their music, which is a mix of country, rhythm and blues, and jazz.  They will be joined by Little Sparrow, who hosts the program.

The program is free and is made possible with funds from the Decentralization Program, a regrant program of the New York State Council on the Arts with the support of Governor Andrew Cuomo and the New York State Legislature and administered by Delaware Valley Arts Alliance. Donations are welcome.